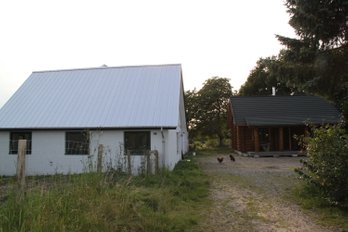 Up to 2015, the land had been used for intensive farming with artificial fertilizers and all sorts of pesticides, deep plowing and the use of heavy machinery. Erosion and "Sand storms" causing the top soil to disappear. When we tried to dig a few holes, it was difficult to find any worms e.g. poor soil life. 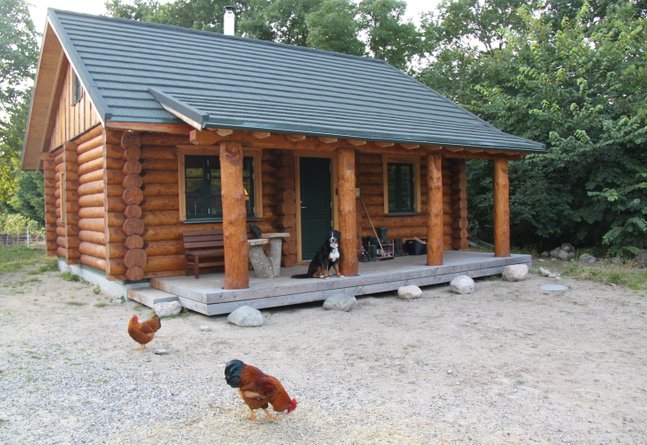 Notice the difference in level from where the soil has been untouched and that land where the machinery has been used? Where did the soil/humus go?

1015-2017 The first two growing seasons were spent alone, growing biomass and green manure plants and letting them compost slowly. More than 20 different plant species were used (TerraLife - organic). After one year, no water ponds appeared since the soil was able to absorb the rainwater.

The second year I added an organic rye species for absorption of minerals released from the composting of green fertilizing plants.

During the third year, rye was the main crop accompanied by green manure plants that resulted from seeds of the previous two years.

More Insects (including bees) and birds the first couple of years and worms have reappeared.

2018/19: The introduction of farm animals for further soil improvement in order to  restore to natural fertility. 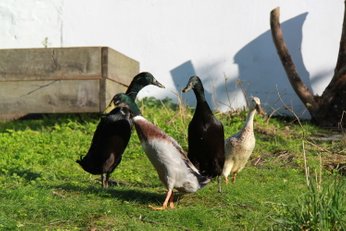 Indian Runner Ducks for snail limitation - their pool (half IBC tank) - after about 1 week fertilizer water is ready for good use in the garden. Ducks love to combine swimming and toilet business

The two dexter cows Nellie and Maren are friendly and very efficient at converting green to "compost" . The dexter cows are very small and relatively light type cows and causing only limited  compaction to the soil 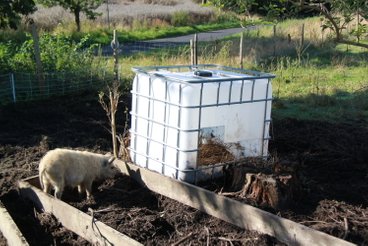 The two pigs (Mangelitze type - "Uldgrise") Gurli and Gudrun. Being used as a combined plow and "fertilizer"  so now no machinery is needed. They are rotated from place to place and here preparing the old garden for the coming year. (an IBC tank for indoor facilities) 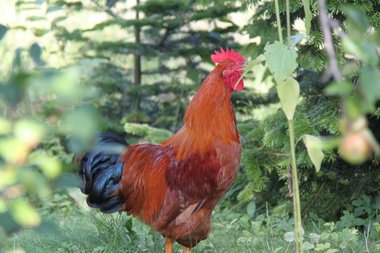 Our wonderful cats - taking care of the local mice population

In loving memory of Jackie - our best friend (2011-2017). Hope you are having fun keeping the birds in the air somewhere on the other side. We really miss you! 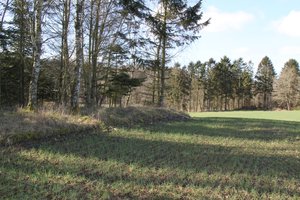 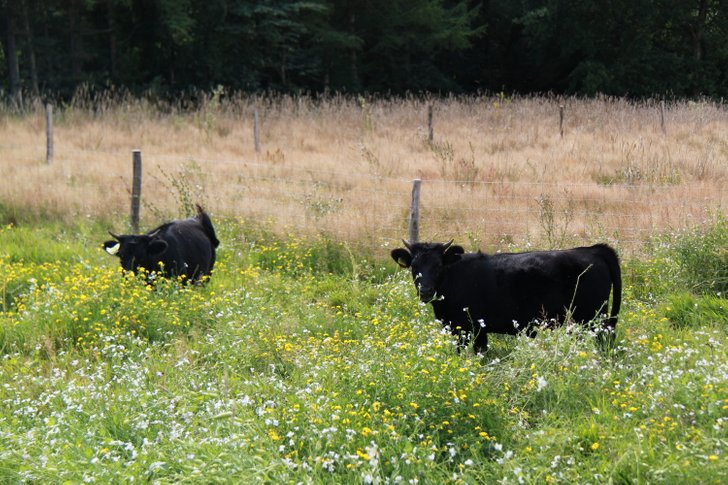 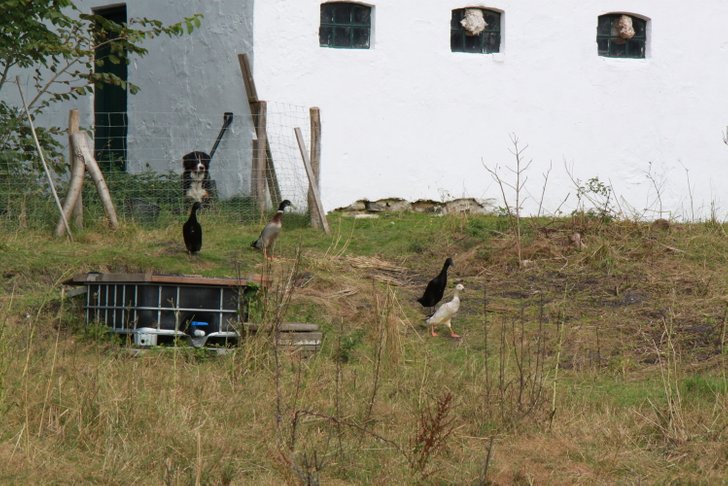 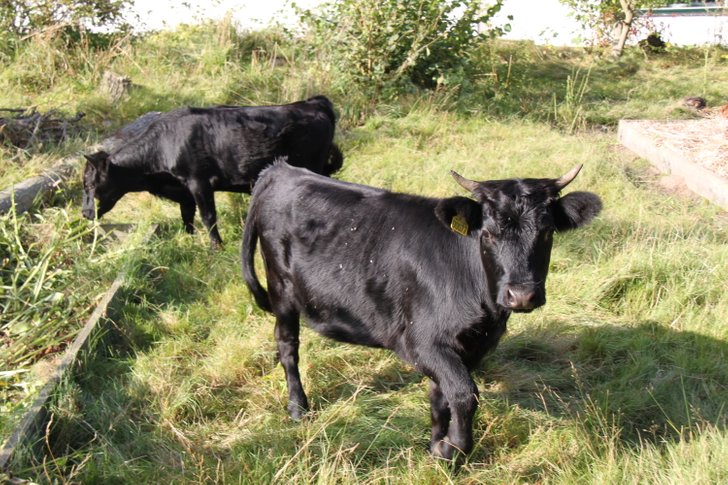 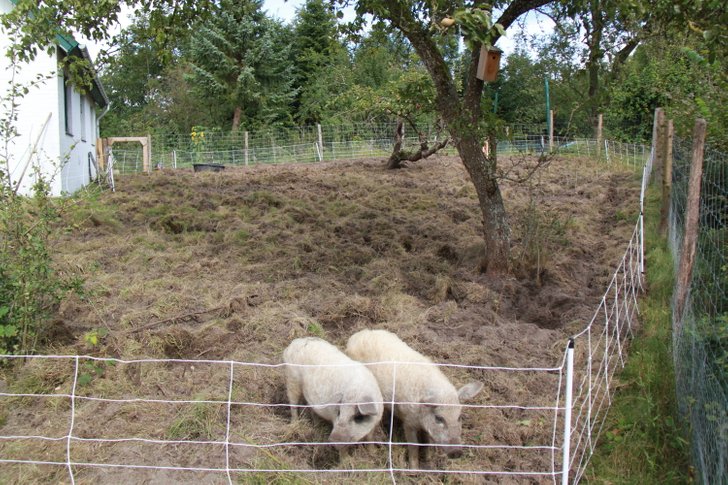 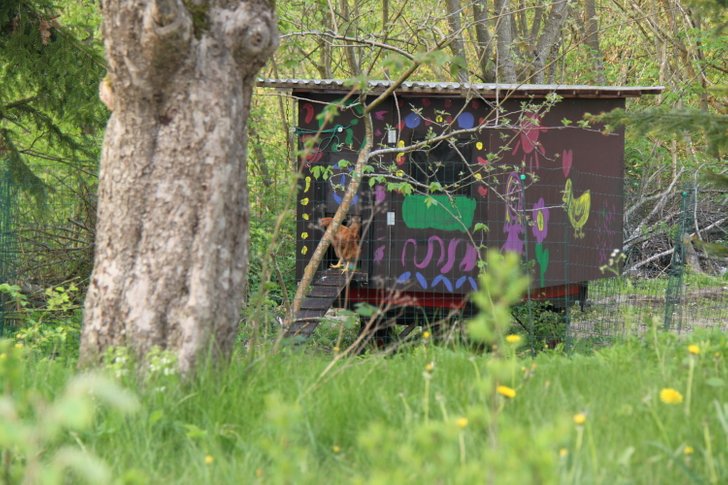 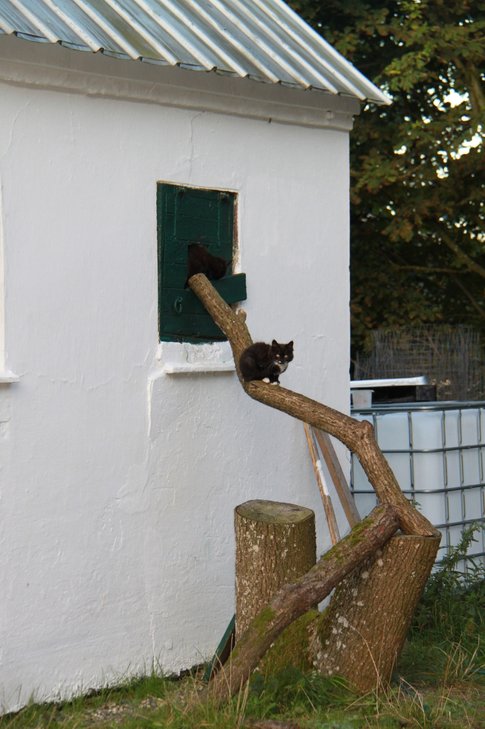